Someone in our house has had a birthday. A BIG Birthday. Since I can no longer remember how old I am, you know it's not me. Little Miss Macie turned ONE last week. It is insane people - completely and utterly insane. 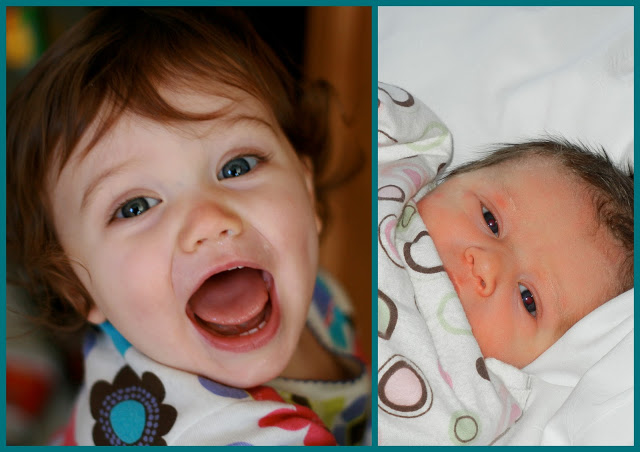 I am not sure when my itty bitty baby turned into this little person with opinions and a strong will, but all of a sudden it's happened and this little lady needs a party! Since Little Miss isn't even going to remember this little family get together (or that it's a week late), I decided that it didn't make much sense to spend a lot of money and have a big ol' party. I also decided to make some cupcakes... and that means I need a cupcake stand. Since I'm not the cupcake queen (that's Miranda), I don't have a cupcake stand so it was time to hit up Pinterest. 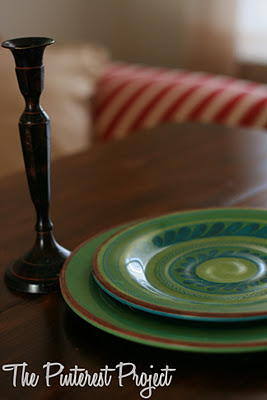 There are bunches of pins talking about taking plates and candle holders and making cake stands and since I had a couple plates from Goodwill and some candle sticks laying around so BAM - time to make a cupcake stand. Both of the plates I had were plastic so it made the entire stand much lighter. The whole process was pretty painless. I laid the small plate upside down on the table and glued the top of the candle stick to the bottom of the plate. After the glue was dry I glued the bottom of the candle stick to the top of the bigger plate. Just to make sure that the glue set, I placed a cast iron skillet on top of the glued plates and let it sit for a good long time.... for me that was three hours. What can I say, I'm impatient. (FYI - I used a hot glue gun because I was out of epoxy, but epoxy is the better choice.) Since weird green plates and a brown candle stick doesn't scream a one year old party, it was time to pull out the spray paint. A lot of spray paint.
Two coats of spray paint and one coat of high gloss spray and DONE! 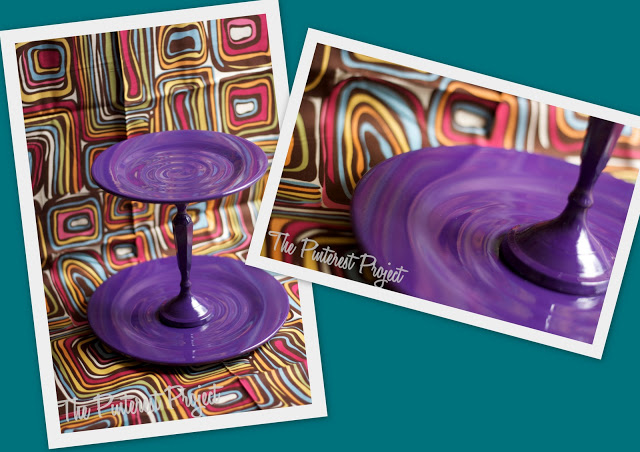 Our little cupcake stand is all shiny and purple and ready for the party! Don't worry, once the cupcakes are made and our little stand is full, I'll give you some pictures.