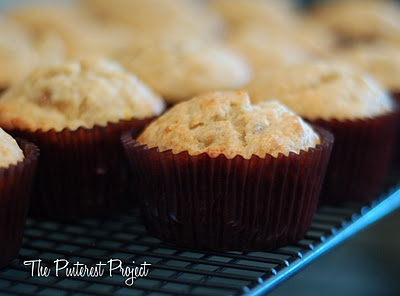 This is a story about how a Yankee girl married a Southern boy and learned to love things like red velvet cake and hush puppies.
Ok, it's not really - but it IS about a strange little southern dessert they call Banana Pudding.  Which, isn't really banana pudding at all - it's layers of vanilla pudding, banana slices, Nilla wafers and whipped cream.  My husband made it for me the first summer we were married.  It's not my thing so much, but I can respect it's place in Southern history...
Recently a friend of mine turned the big 3-0 and his wife threw him this awesome surprise murder mystery party that was 50s themed.  She asked if I would make some banana cupcakes for dessert and I thought it was such a fun idea, I said yes.  She found a few recipes on Pinterest and we found one at Ryan's Baking Blog that looked like it would fit the bill. 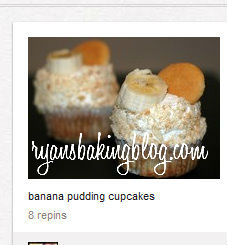 I cheated a little bit on this recipe and used a pudding mix.  I tried to make chocolate pudding once before and it was such an epic fail I am too afraid to try to make pudding ever again.  Sorry.  I bet it would be amazing though - because my instant pudding was a little more watery than I would have liked it to be.  Anyway - on to the cupcakes.  For someone who doesn't care for Banana Pudding, I actually thought this was a good little cupcake.  It's almost like a mini banana bread with whipped cream on top. 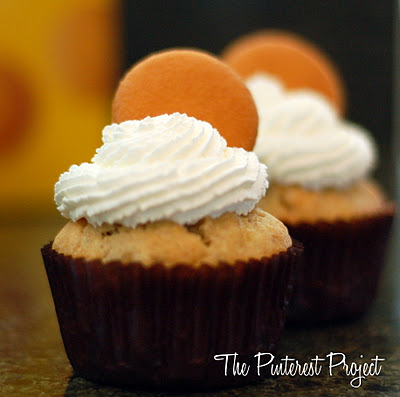 Banana Cupcakes
From Ryan's Baking Blog
Printable Recipe
12 Nilla Wafers
1 1/2 cups all-purpose flour
3/4 cup sugar
1 teaspoon baking powder
1/2 teaspoon baking soda
1/4 teaspoon salt
1/2 cup (1 stick) unsalted butter, melted and cooled
1 1/2 cups mashed bananas (about 4 ripe bananas)
2 large eggs
1/2 teaspoon vanilla extract
Vanilla Pudding - I used Jello Instant Pudding
Preheat oven to 350°F. Line a muffin tin with paper liners and place a Nilla wafer in the bottom of each liner.
Sift and whisk together flour, sugar, baking powder, baking soda, and salt. Make a well in the dry ingredients and mix in butter, mashed bananas, eggs, and vanilla. Stir to incorporate wet and dry ingredients being very careful not to overmix.
Fill each cupcake liner 2/3 full and bake for about 20 minutes, or until a toothpick inserted in the center comes out clean. Let cool completely on a wire rack before filling and frosting.
Whipped Cream
1 cup heavy cream
1 teaspoon vanilla extract
1-2 tablespoons confectioners’ sugar
In a large bowl or stand mixer, whip heavy cream until stiff peaks are about to form. Add the vanilla and confectioners’ sugar and continue whipping until peaks form and you reach desired consistency.
Directions:
Use a knife to cut a hole in the top of the cupcakes. Spoon pudding into the hole and cover the top with whipped cream and a Nilla wafer. 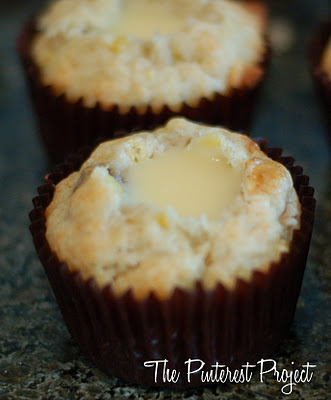 You can add a banana slice or crumbled Nilla wafers if you like.  Eat while trying to figure out if the class quarterback is the killer or not...wait, no...that was what I did while eating one.  Because I was at a MURDER MYSTERY PARTY people...I wasn't trying to decide that for real.  Gosh.
The birthday boy and his wife, the super secret planner extraordinaire! 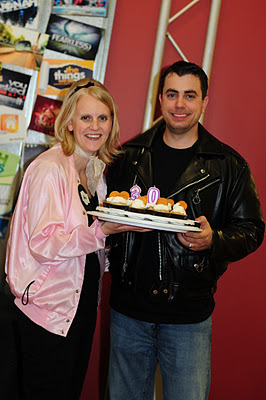 A group shot!  Gotta love friends who will dress up like it's their job... 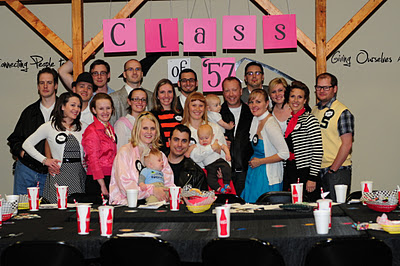 Me and the southern boy (aka MURDERER) helping ourselves to burgers and onion rings! 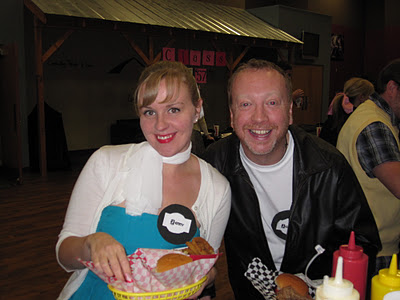