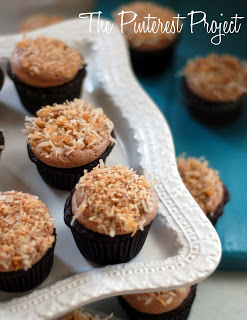 YOU GUYS.  Do you remember last week's blog post about the socks?  If you didn't read it, I'm going to give you a few minutes to go read it now, so that you can fully appreciate what I am about to tell you.

Ok are you back?  Now that you are all caught up to speed, let me present to you exhibit A.  I found this in the bathroom garbage just a few days ago. 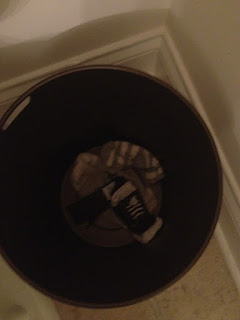 What the french, toast??  MORE BABY SOCKS IN THE DANG BATHROOM GARBAGE... AGAIN. When I confronted my husband about it, he denied that he ever did it.

So apparently now we have little elves running around here who clearly hate baby socks and throw them away in my bathroom garbage can when I am not looking.

I declare war on these baby sock hating little elves.  I mean, sure baby socks are annoying as all get out, but that doesn't mean we just throw them OUT.  Right?

I needed to drown my baby sock sorrows in something downright bad for me.  Forget the healthy foods, forget the no sugar - today's post is all about a delicious and junky cupcake that tastes oh so good.  Last year, Starbucks released their Mocha Coconut drink, which I thought sounded disgusting.  I mean, I'm not even a coconut fan.  But shoot if I wasn't 42 million weeks pregnant and one day while getting ready to order, some kind of alien life force overtook my brain and ordered a Mocha Coconut frappuccino.  And shoot if it wasn't the most delicious thing to pass through my lips in my 32 years of existence.  It was like a frosty, frozen girl scout Samoa cookie.  (Which, by the way, aren't even my favorite.  I'm a Tagalong girl...)

So when I saw the Mocha Coconut cupcake recipe on Pinterest via My Baking Addiction, I knew it was fate. 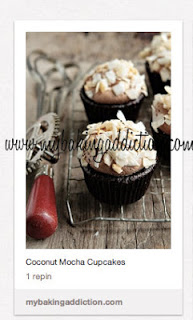 You are going to love these cupcakes.  I mean love.  They are mocha-y, they are coconut-y, they are (according to my husband) the best cupcakes I've ever made.  Of course, he says that about every batch I make so I'm not sure what to believe anymore...but I appreciate that he's my cupcake cheerleader! 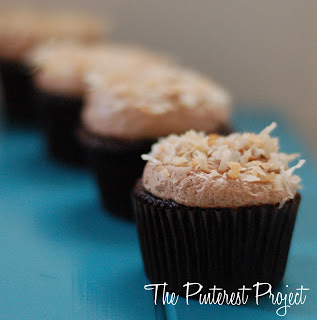 The recipe called for the Coconut Mocha flavored coffee by Donut Shop.  I used regular coffee for the cupcake, and substituted coconut oil for the vegetable oil.  And then later that day I was out shopping and happened to walk past the Coconut Mocha coffee, so I bought some for the frosting. 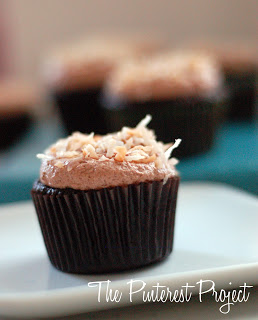 For the recipe, please visit My Baking Addiction.  You won't be sorry you did!

And don't forget to enter our giveaway for a free base bag from Miche!