Sailing for a Baby Shower

**DISCLAIMER** I stunk it up on pictures for this post. I want to make sure that you know this now. I feel like I let you down. You know that saying about the best laid plans... yeah, that's me. I had the best of intentions of getting lots of shots but then -- things occurred and the pictures I did get have some lighting issues. Forgive me. Disclaimer over.

Friends of ours are having a little baby next month. We are super excited for them because it's their first baby, a little boy and they are the cutest couple so it's definite that they will have a cute little man running around. His name is a secret but his nursery isn't - little man needs some boat shoes because his room is ALL about nautical. His momma is doing a great job getting it cuted up! A couple weeks ago a group of us threw Jenny (AKA the momma) a shower and I was put in charge of decor. Now friends, you know I love crafting and by now you should also know that I can get bigger ideas than I can always pull off. You know where this is going don't you? I got on Pinterest and set out to find all sorts of ideas -- and man did I find some. 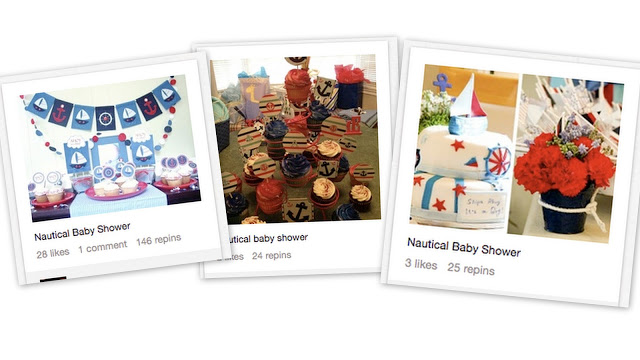 I found lots of cute pictures, but hardly any had links (I hate when that happens!!) so I was on my own when it came to creating. I grabbed the basics at the party store for cups and plates and napkins, sticking with the red, white and blue theme. After looking at the basics, I couldn't help but shake the idea that the table cloth couldn't be plain. Why? I have no idea. It was about that time that it hit me. You know how I love canvas drop cloths? It was time to take it to the next level --- wait for it --- a sailcloth table cloth made from a drop cloth (that's a lot of cloth words). After finding out the measurements of the table we were going to be using for food and grabbing a drop cloth, it was time to get to work. 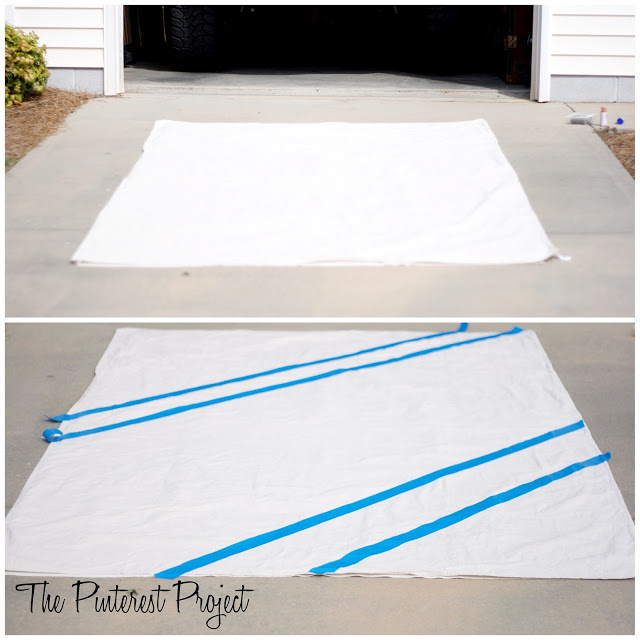 I don't have a place that is big enough to lay a whole drop cloth out in my house so I had to use the driveway.  I know for a fact that my neighbors thought I was crazy (more on that in a minute). Note: I put an old drop cloth in between the cloth and the driveway, just in case. Do this. I had gotten a little stencil roller and four bottles of stencil paint (two red and two blue) and some painters tape to get everything set. After laying out the drop cloth, I taped off two stripes, one at the top and one at the bottom to make it look more like a sail. I got the paint and stencil roller out and well, it was a HUGE fail. The roller ate more of the paint than the drop cloth did.  I was going to get a paintbrush out but they were in the garage blocked by the jeep and I didn't want to move the drop cloth to move the jeep to get the paintbrush to move everything back so I found a little art brush. It was about that time that my neighbors came home. They took one look at me and shook their heads and said "we bite, what are you doing?" After some explanation, they both laughed and went inside and then about 3 minutes later came back with a paintbrush for me. I must have looked pretty pathetic. It was around this time that I forgot to take any pictures at all. I painted one stripe of red and one stripe of blue and left it outside for about an hour to dry. By the time it was dry it was dark outside so no pictures. Sorry. 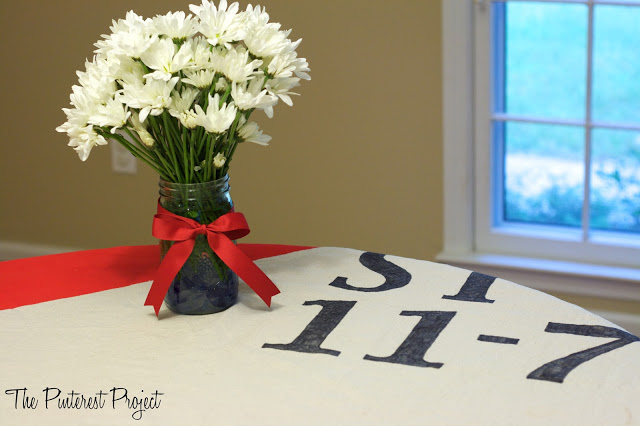 Because I wanted this to sort of look like a sail, I decided to add some letters and numbers to it like sail markings. Little man is due November 7th so I added an ST for the beginning of his last name and 11-7 for his due date. I drew the letters and numbers on with a Sharpie because it is easier to control on the cloth than paint. 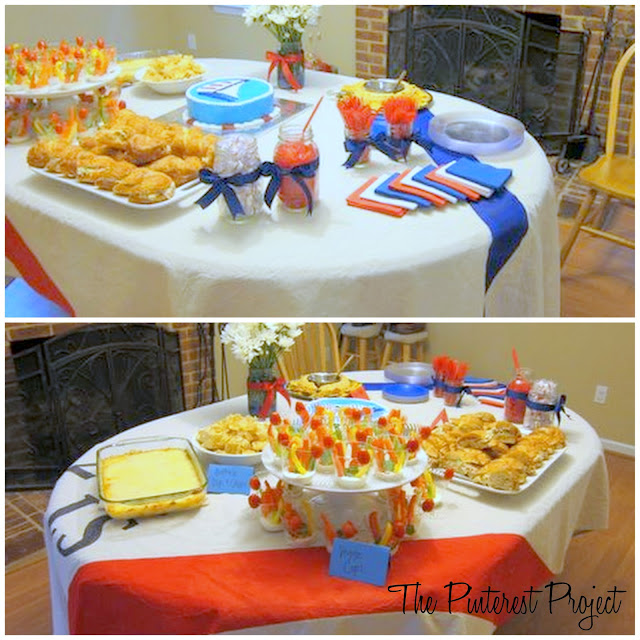 That's it. The day of the party, we used mason jars for silverware and flowers and tied ribbon to add a little something. I also made sure to get some swedish fish for color and fun and because who doesn't love swedish fish??

Next week I'll tell you all about the banner/bunting I made with onsies. I can't give it all away at once - Anchors Away!