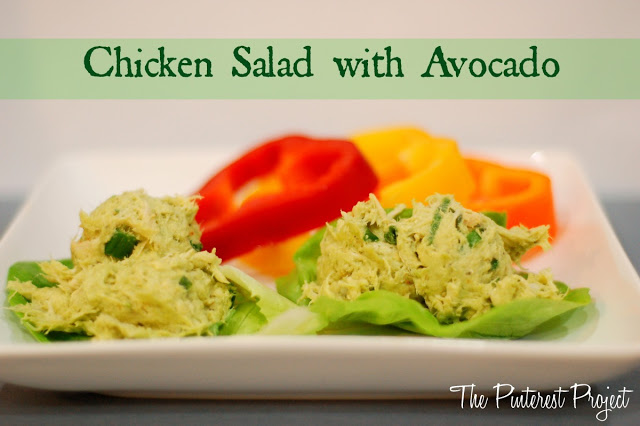 Is there anything better for slow cooking meat than the um...slow cooker?  Seriously, it does the best job of it & one thing I really love doing is throwing chicken in there on low for 4-6 hours until it shreds with a fork.  Come on, that's awesome.

A few days ago, I threw a bunch of chicken breasts in the slow cooker with some chicken broth so I could shred it and keep it in the refrigerator for quick meals, soups, sandwiches, etc.  I've been seeing this recipe floating around on Pinterest for awhile and knew I wanted to give it a try. 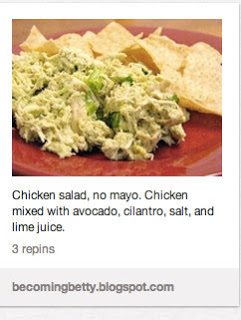 -chicken, cooked and shredded-avocado-plain greek yogurt-green onion, sliced-cilantro-lime juice to taste-salt/pepper to taste
You mostly make this recipe to taste.  The original recipe called for mayo, but I never have that so I used about a tblsp of greek yogurt.  I started with 2 cups of shredded chicken, added the greek yogurt, and 1 avocado.  Then you can throw in a handful of sliced green onions, cilantro and season to taste with the lime juice, salt & pepper.  I also added a dash of cayenne for a tiny little kick.

This was SO good.  We scarfed it up - use it in sandwiches, in pitas, with tortilla chips - or if you're detoxing off sugar like me (I'm on day 17 ps!) you can scoop some in a few pieces of Bibb lettuce and make lettuce wraps. 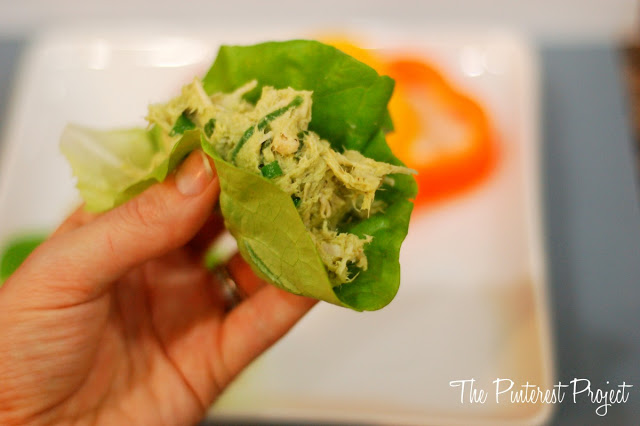