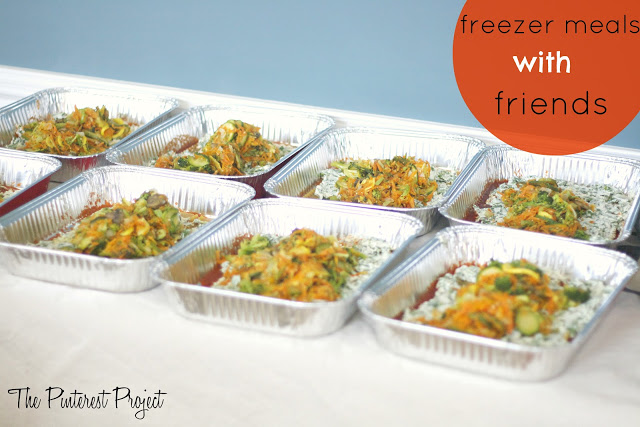 So about a month or two ago a friend of mine emailed a bunch of us about doing some freezer meals where we would all buy ingredients and get together and cook some meals together and then at the end of the day, we all go home with a ton of meals. She had a friend that had done something similar. I had seen pins all over Pinterest about group freezer meals and it sounded like a good idea, especially with someone else planning. Enter hilarity.


I need to back up a little bit... remember a while back when I did all of those slow cooker freezer meals? It was a lot of planning, shopping and chopping but it did save money. I liked the idea of this better because everyone was in charge of just one meal - to me that meant less confusion - and who doesn't like to cook with friends?? There ended up being six of us with five recipes that we were going to double for each of us. We would each go home with 10 meals - not a bad deal. My friend Jenny (one of the most organized people I know) did all of the planning. She sent out an email and then gathered likes, dislikes and recipes. No small task. After we all gave some recipes and opinions she compiled an Excel spreadsheet (no, I am NOT kidding) and sent us all of our assignments for our recipes. Let me tell you, there is something daunting about getting a spreadsheet that says you need to chop 72 cups of vegetables for lasagna.

We set a day that we would do the cooking marathon and each of us had certain assignments (like my veggie cutting) and a shopping list. We each kept all of our receipts and gave them to our banker (also Jenny) so she could figure out who owed money and who was owed money. 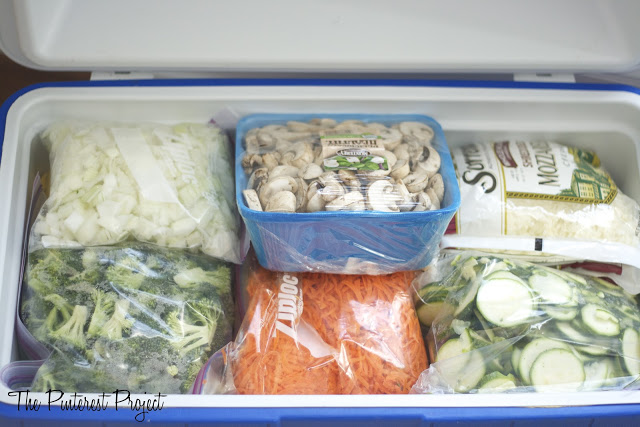 After a veggie cutting marathon at my house with a friend of mine (who gave me comedy relief during all of the veggie chopping), I packed up my cooler and got ready for a day of cooking. 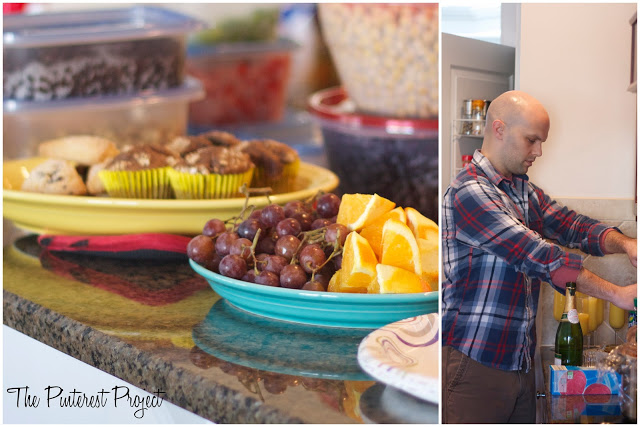 When we all got to Jenny's she had a little breakfast spread for us and forced asked her husband to make everyone coffee or mimosas to kick our morning off.  After a morning toast, it was off to work! 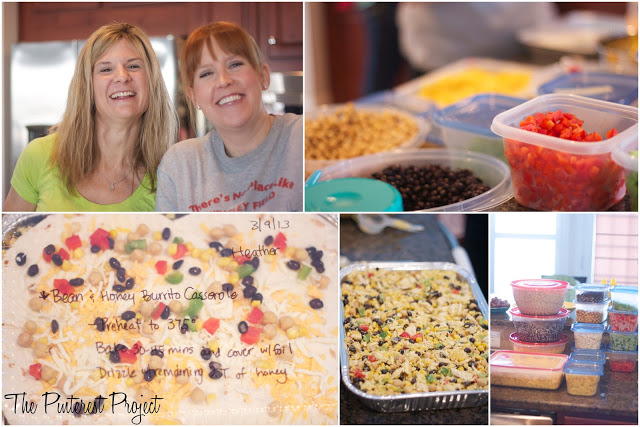 Like I said, we had five recipes that we were doing in one day so we each had a cooking station. One of the recipes that we were doing was Bean and Honey Burrito Casserole. Heather, one of my other super organized friends (yeah I'm the chaos of the crew), did all the chopping for this recipe. Notice all of her nice, neat, organized containers. Heather and Susan assembled all of the casseroles (aren't they cute?) and labeled all of the containers. This was sort of the system we had for all of the recipes. Depending on the vessel used, we put the name of the recipe, the cooking instructions and the name of the person the bag belonged to. The reason we added the names is simple - food preferences. Some of us don't like certain things - like bell peppers. Ahem. 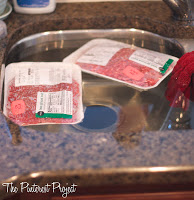 All in all, the six of us worked for about four hours, laughed A LOT, had a slight ground beef mishap. Apparently frozen ground beef will float if you forget to turn the water off in the sink. Just a helpful note in case you ever wanted to float ground beef.

At the end of the day we each had a cooler full of meals to go home with. The recipes we decided on were:

We each took two of each recipes home and it ended up costing each of us about $100. 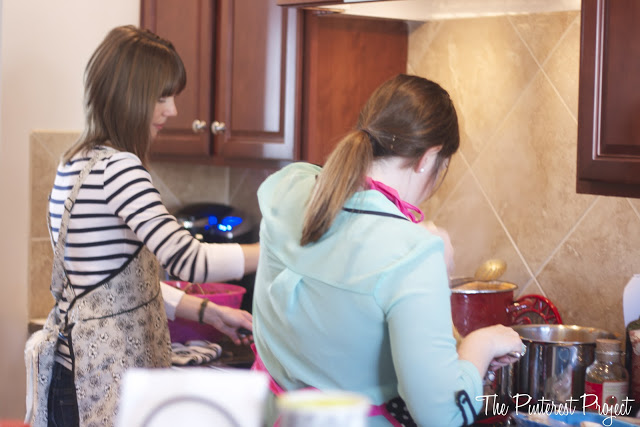 I am going to say this, Jenny and Danielle labored over the burritos - I mean labored. As good as the burritos are, I don't think any of are going to want to mash 96 cups of sweet potatoes again.

I love that we did this. It has been so nice having some go to meals in the freezer. I've been supplementing them into our weekly meal plans and it has not only saved me a TON of time cooking, but money for our grocery bill. Double score. Have any of you ever done this? What recipes did you do?