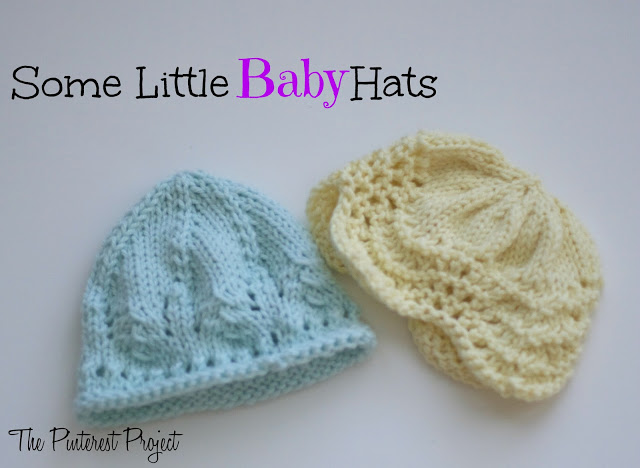 First can we discuss how good Miranda's milkshake looked in yesterday's post and how she didn't even bring me one?? If you somehow missed the milkshake post - go and read it and then make a milkshake for me. Thanks in advance.

Now, back to knitting. Shocking right?? Yes, I have been knitting again. Remember the baby blanket for No Name #2? And yes, she is still a nameless -- we suck at names. I had some leftover yarn from the baby blanket and decided to whip up a couple cute hats. I looked through a ton of patterns trying to find some that were A. cute B. not knit with toothpicks and C. didn't need a ton of yarn since I was planning on using scraps. 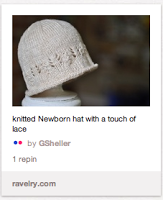 I searched through Pinterest and saw a cute little hat from Small Things that I had actually run across once before. I hadn't really had a reason to try it before so it got lost in the pinning shuffle. Upon finding it again I thought it would be a great little hat for my little No Name. Of course, I made some changes to the pattern. I made it a lot smaller (I only cast on 54 stitches) and used a worsted weight yarn (remember, left over from the blanket) so I knit it with size 6 needles. The advantage? It sped up this little hat! I knit it in a couple nights. I also started the hat a little different.

As I said, I cast on 54 stitches and then knit one round, purled one round, knit one round and then did an entire round of k2tog, yo. I counted all of these rows as part of the first 12 rounds and then just continued the pattern as written. What do you think? 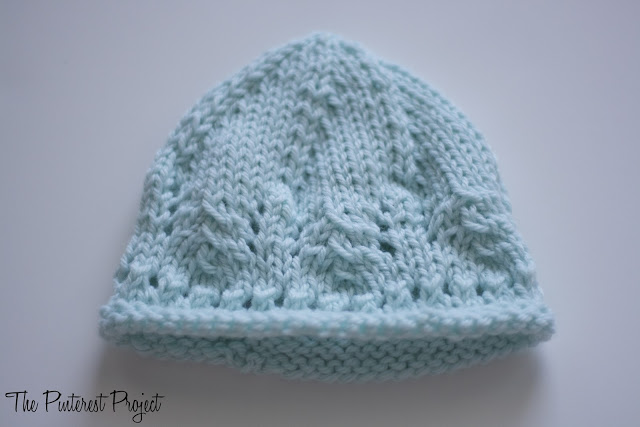 After searching Pinterest, I rabbit trailed into Ravelry and I found one pattern and tried to pin it to save it but alas I was thwarted. Boo. It's a cute little hat pattern that is supposed to coordinate with a baby blanket from f.pea. I decided to give the hat a shot even though it had a few too many lace stitches for me. It went pretty quick. Since I have never learned to crochet -- insert disapproval here -- I skipped the crocheted edge for the hat which made mine end up a little short, but that's okay, I'm hoping for a little headed baby. Heh. What do you think?

I'm thinking about adding a flower to one or both of the hats -- thoughts? I am a little unsure if the hats need anything else to add to the girly-ness, but as Allen pointed out, they are yellow and sort of blue. Give me some advice. My pregnant brain isn't thinking like it should! 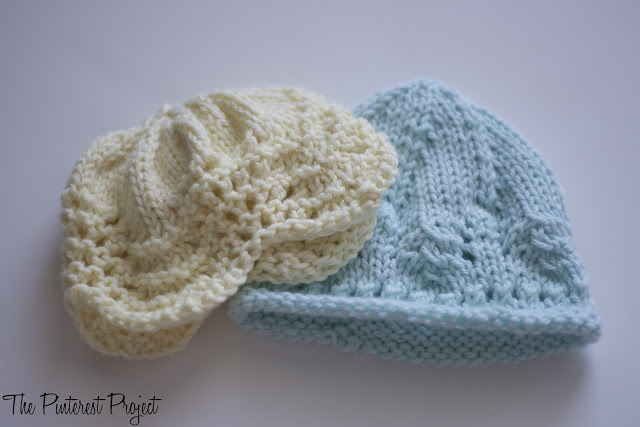