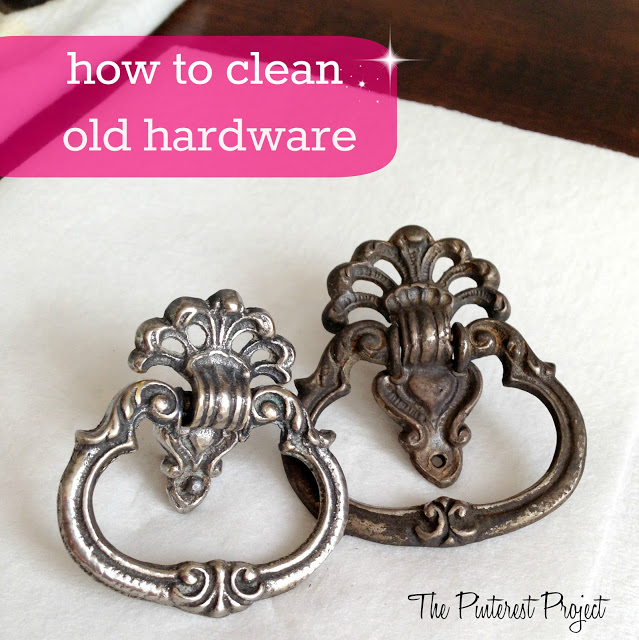 For some reason about a week after Quinn was born I decided that it was the perfect time to tackle a dresser redo that I've been wanting to do for about a year. Why you ask? Because I am obviously crazy - haven't you picked up on that yet?? The dresser is completely solid wood and was old and dirty, really dirty. After wiping the entire dresser down so that we could deal with painting, it became SUPER clear that we needed to deal with the hardware. 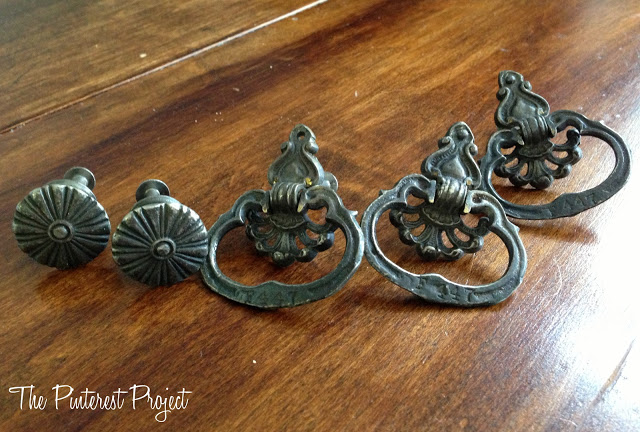 I pulled it all off and was trying to decide if I should just ditch it or try to clean it up and see what it would look like. The cheap part of me screamed - CLEAN IT - so I started trying to figure out how to get the job done. I scanned Pinterest and of course, Martha popped up with a lovely tutorial that had no less than eight steps and a bunch of stuff I didn't have (not to mention it seemed like a giant pain). I quickly moved on. Next I found a pin from Ehow.com - this one was more my speed and honestly, more what I had in mind since I wasn't even sure I wanted to keep this hardware. Sorry Martha, I still love you. 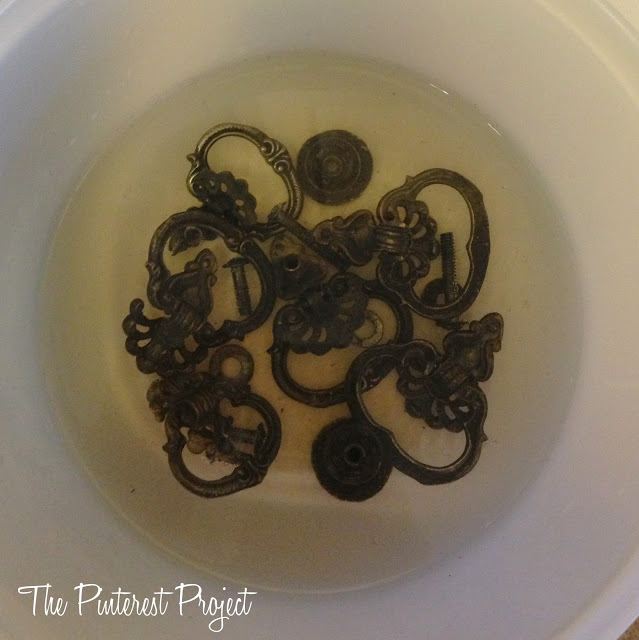 After getting all of the hardware off, I put them into a big plastic bowl and added hot water and white vinegar. I used equal parts of each and put enough to cover all of the hardware. The hardware sat in the vinegar brew for about 15 minutes and then it was time to wipe them all down. Peeps, they were gross. The water turned brown and had taken a lot of gunk off but the hardware was still nasty and brown. Time to bring in the big guns. 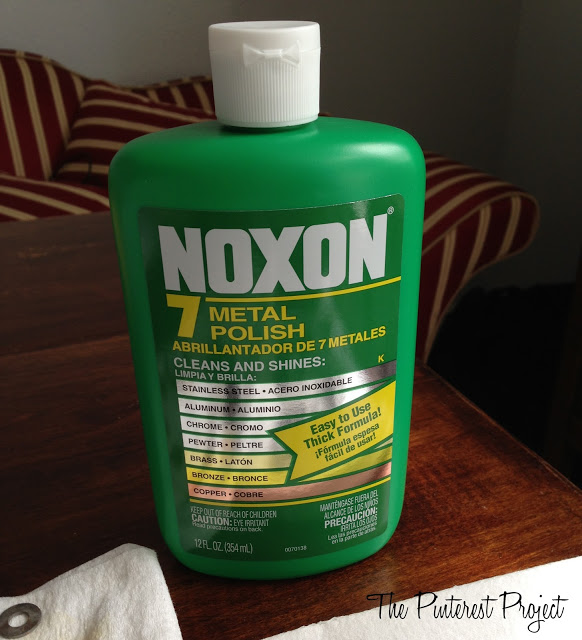 I ran to Lowe's and bought Noxon because I'm not sure what the hardware is made out of and Noxon seemed to cover the most variety of metal. There are tons of these cleaners out there though, pick your fave. Using an old cotton dishtowel that has seen better days, I rubbed the cleaner on and worked it onto the hardware. It took a few minutes for each handle but after wiping them all again with a clean towel to sort of buff them, they were done. 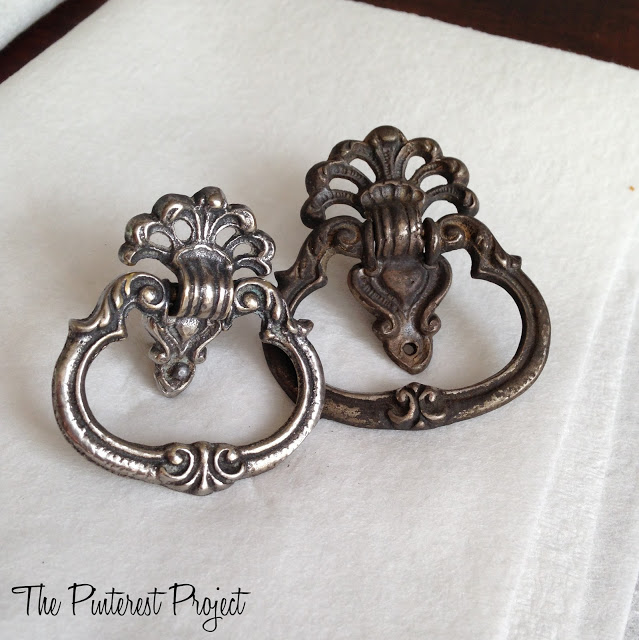 Shocking. That was the only thing I could think when I put a cleaned one next to a dirty one. I had NO idea these handles had so much detail or even what color they really were. I didn't scrub them completely because I think some age gives them character. Even still, this was such a transformation and so easy to do. To buy new hardware for the dresser would easily have cost me $60 if not more and for a measly $3.50 and some elbow grease, I now have hardware for the dresser that I love. Win! This is little project is making me want to go find more grimy hardware to clean... time to go yard sale shopping!!