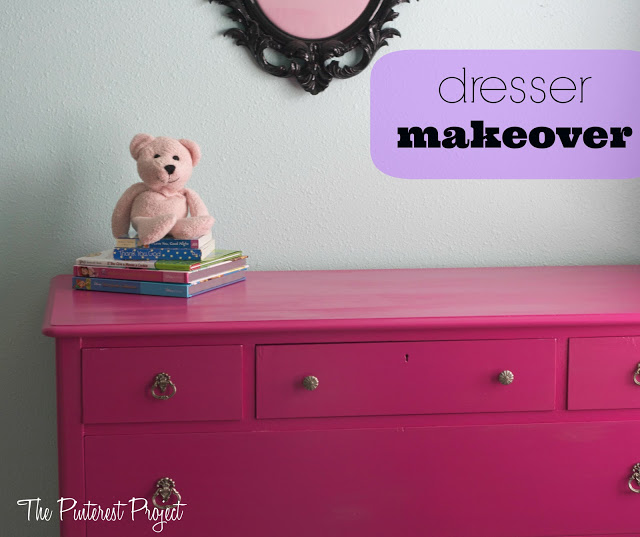 A few weeks ago I told you that we had the bright idea to start refinishing a dresser that's been sitting in our garage for about a year. What I didn't tell you is how I got the dresser. I feel like you need the story to fully appreciate this dresser. Remember when Allen and I were getting ready to move back to the Carolinas from Maryland? Yeah, I don't either. Heh. Our house was in complete chaos the weeks before our move. Allen was in Charlotte, I was in Maryland and Macie was working on being a helper with the packing. Good time. A few good friends (the kind you are in debt to) came up to Maryland and helped us load everything into the truck for the big day. I was starting to get stressed out so they "suggested" that I go for a walk with Macie. Big mistake.


On our little walk, I found that one of the houses as the end of the street was having an estate sale... of course I had to go in. Turns out that they really wanted to get rid of everything so the prices were unbelievable. This dresser was $15. A SOLID WOOD DRESSER PEOPLE! (I also happened to spot an old steamer trunk that still had the marking from all the places in the world it had been -- another story, another time.) I couldn't pass it up, never mind that the guys were packing the truck as I handed the nice lade my cash. Yeah - I wish you could have seen their faces when I walked my happy butt back to the house and told them not only had I just bought a dresser but I needed some volunteers to come back and help me get it. Allen just rolled his eyes but I'm pretty sure the other guys were thanking their lucky stars that I'm his problem and not theirs!

Fast forward a year and this dresser has been sitting in our garage from the day it came off the truck. After Quinn was born I decided it was time to get this thing painted so that I could use it in Macie's room. I wanted it to be fun and vibrant and add a little more color into your colorful room. There are about a million pins on how to paint furniture and they all seem to say different things. I had seen a few about using Zinsser Primer and I've used it before so I had that step ready, it was the paint itself I was hedging on. After going through about 50 of my pins on painting furniture, I saw a theme with Sherwin Williams Enamel Finish paint. I wanted a nice gloss finish and this seemed to be the ticket. 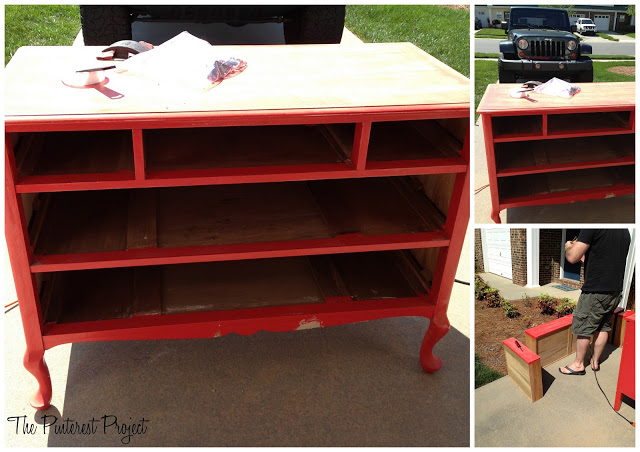 We took the entire dresser apart, labeled the drawers so we would know where they would go. We took all of the hardware off and cleaned it up -- remember this? After a good sanding, it was time to repair the little dings in the dresser. We used some wood filler, let it get nice and hard and then gave it another sanding. 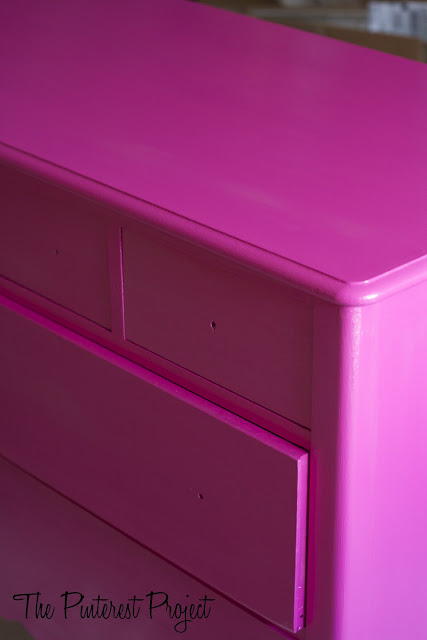 I wish I had taken a few more pictures of the process but hello, newborn. Allen did a lot of the work on the dresser for me which was sweet and frustrating at the same time. I really wanted to do it all but there just aren't enough hours in the day sometimes! After doing three coats of primer (because the dresser was a lovely red/orange), it was time to paint. Allen and I both found the paint a little frustrating to deal with. We finally found that if you paint it on in a thick coat - much thicker than you'd think - it lays nicer. It took three coats of the paint to get a nice even, bright finish on the dresser. 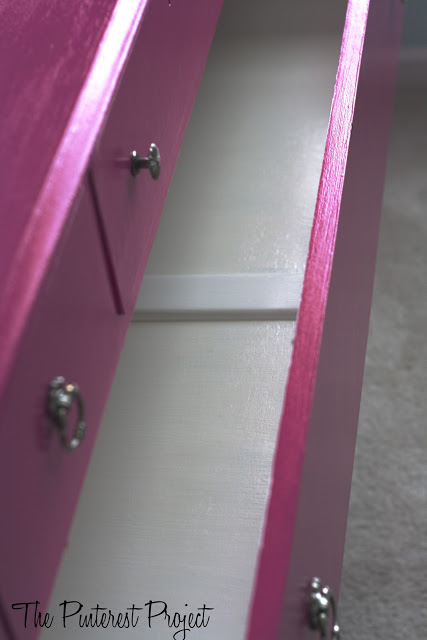 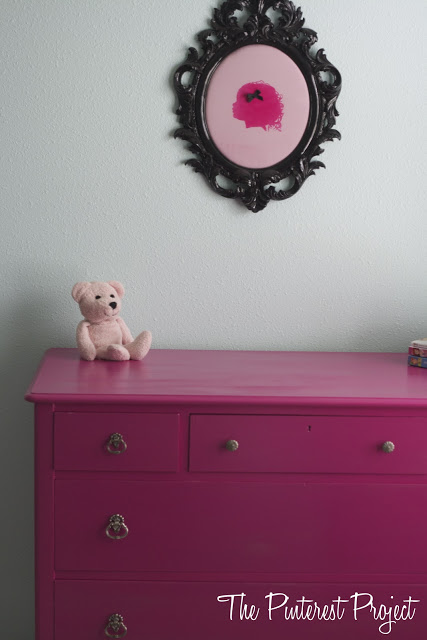 After adding the cleaned up hardware, it was time to put it in Macie's room. I really love it. I also love that it's done and no longer in my garage! 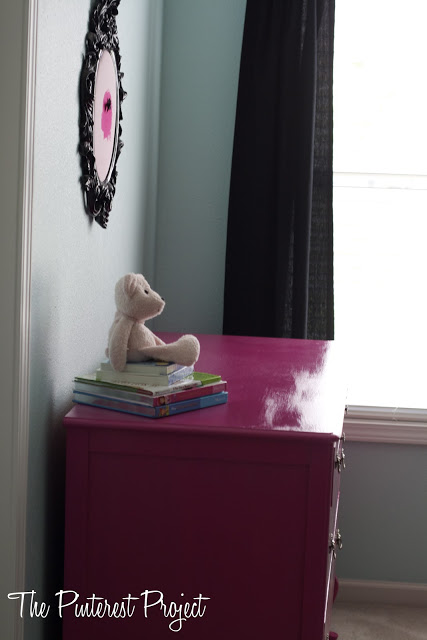