Let me start by telling you - I am not a baker. I will never be a baker. I surrender the cupcake crown to Miranda. Let's just say I texted her WAY too many times about some simple cupcakes. I don't know what my malfunction was, but I could NOT get my act together with these things. I made matters worse by trying to do these amazing chocolate butterflies - mine were FAR LESS than amazing. I know what you're thinking "they probably weren't that bad." They were. My own mother told me to give up because they didn't look "great." Translation: they sucked. Yup, it was a big ol' fail.
After climbing out of my butterfly pity party, I decided that my little cupcakes could stand on their own. I made two different cupcakes for our little lady. First I made Miranda's Vanilla Bean Cupcakes and umm - I literally wanted to eat the batter out of the bowl. They were SO good. I also made some yummy yummy Red Velvet Cupcakes courtesy of Annie's Eats. 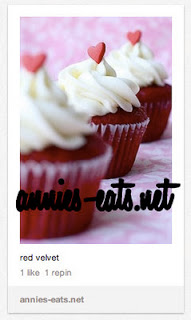 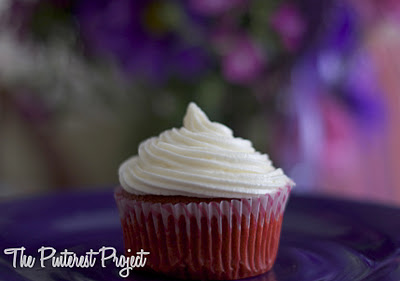 These cupcakes are so good. We had a slight weather delay for our party so the cupcakes had to sit an extra day and they were still super moist. I know that red velvet can be overdone and a lot of people are over them, but these are worth making. The cream cheese frosting is just the right amount of sweetness and it plays so well against the cupcakes. I didn't change one thing about this recipe. Not one. It was perfect (and remember, I'm not a baker so I'm not trying to change anything!) 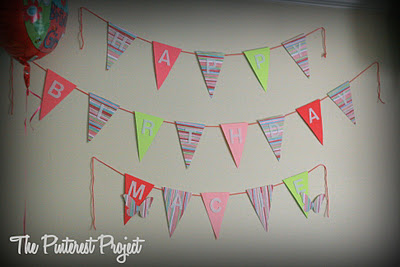 Once all of my little cupcakes were done, they found a home on the purple cupcake stand. Yup, my little stand had it's big debut at the party and it worked out great. We flew our little birthday banner and ate some cupcakes and by the end of the party, I think there were only three cupcakes left on the stand. I guess they didn't need the chocolate butterflies after all.
This is the recipe for the cupcakes from Annie's Eats.  You should try them - and make a little stand to put them on! 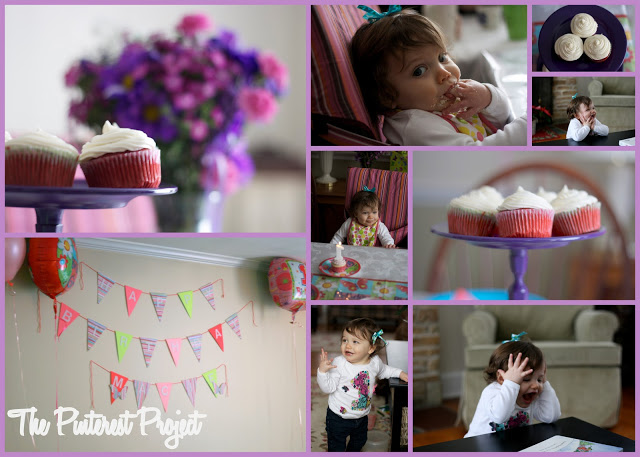 Overall, even with my butterfly failure, I think our little party was a success!